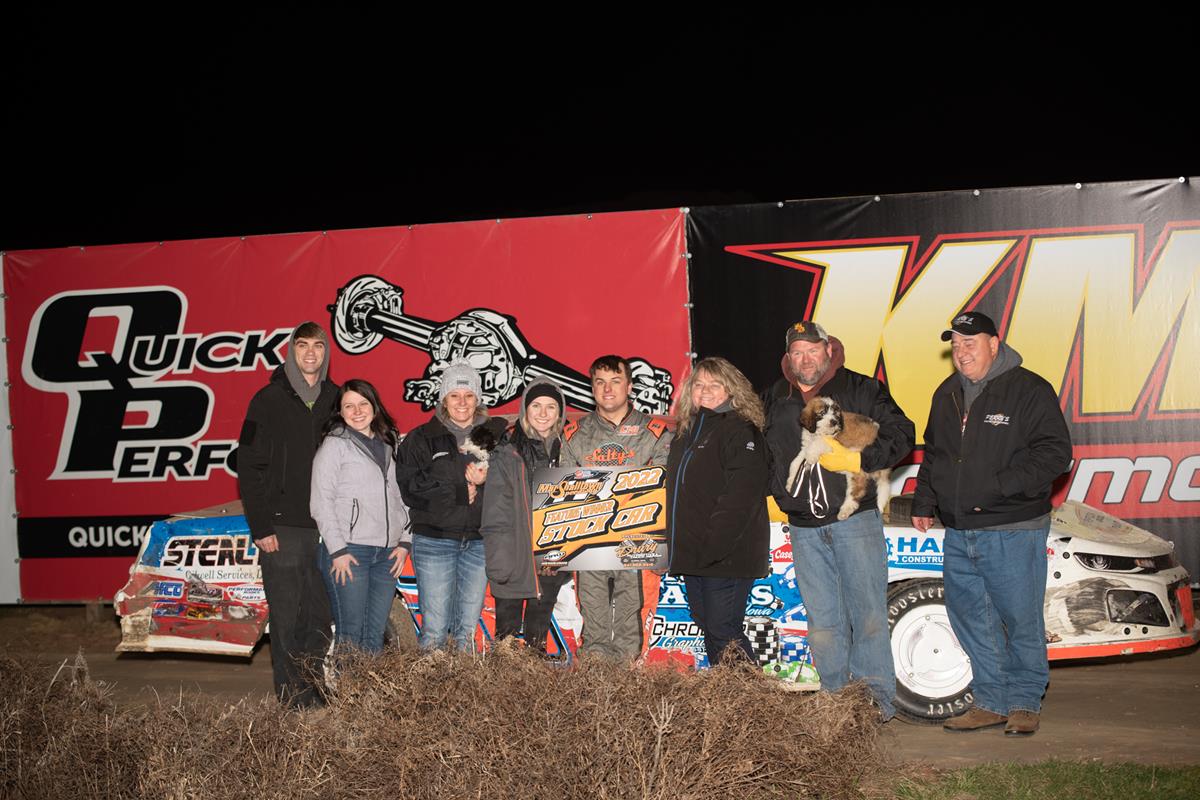 Mother Nature dictated the postponement of the long anticipated King of the High Banks at the Marshalltown Speedway that was on tap for April 14 and 15. The $5,000 to win race for the IMCA Stock Cars will be held at a later date yet to be determined. However, it was decided to hold a "2022 Season Preview" on Friday to get things underway for the first time at the speedway.

The pits were packed with 131 cars in six classes and vying for extra money on the line. Dylan Thornton made it a profitable night in winning both the IMCA Modified and IMCA Stock Car features, each paying $1,000 to win. Blake Luinenburg, young Minnesota racer took home the trophy in the IMCA Hobby Stocks. The IMCA SportMod feature winner was Dylan VanWyk, the IMCA STARS Mod Lite feature winner was Joel Huggins, and the IMCA Sport Compacts was won by Cristian Grady.

The IMCA STARS ModLites kicked off the night's feature racing. Early leader Derrick Knutsen had his motor go south at lap ten of the fifteen lapper. In the meantime, Joel Huggins had just taken over the top spot. a spot he would never relinquish on his way to the checkers. Randy Bryan ran second, and Dustin Ford was third.

The IMCA Northern SportMods were front and center next, running a 20 lap main event. Several yellows would mar the racing action in this one, but in the end it was Oskaloosa's Dylan VanWyk, who started fourteenth, making the winner's circle. Tyler Sopper gave VanWyk a challenge, but had to settle for second place. Third went to Kyle Olson, who was hard charger of the race, coming from twentieth starting spot. Tony Olson came from eighteenth spot, to finish fourth, and Jenae Gustin completed the top five.

Dusty Vis and Dylan Thornton made it an exciting IMCA Stock Car 20 lap feature event, as they jockeyed for the top spot through the final ten laps. Vis who was in command, was able to throw off a slide job once in the closing laps, but the final corner attempt looking at the checkers stuck, giving the win to thirteenth place starter Thornton by a nose. Third went to "The Game Changer", Dallon Murty who came from seventeenth starting spot, dad Damon Murty was fourth, and Jay Schmidt had a great run coming from twenty-third, to finish fifth.

The IMCA Sport Compacts were in competition with 21 checked in on this brisk April night. They ran a 15 lap feature. Going home with the win was Cedar Rapids, Iowa driver, Cristian Grady. He fended off the challenges of Blake Driscol in second, and Grenada, Minnesota driver RJ Esqueda in third. Ashton Blain and Tyler Fiebelkorn rounded out the top five.

The 20 lap IMCA Modified feature was the night cap. This would be another race that was led flag to flag by the winner. Dylan Thornton had already won the IMCA Stock Car feature, but he made it a twofer night, dominating in the Modified main event. Austen Beccera, Carthage, Illinois chased Thornton for most of the race, but could only manage a second place finish. Third went to Tim Ward, fourth was Drew Janssen, and Tom Berry, Jr., was fifth.

Next Friday night, April 22 will be the first track points race of the season. The green flag drops at 7:30. 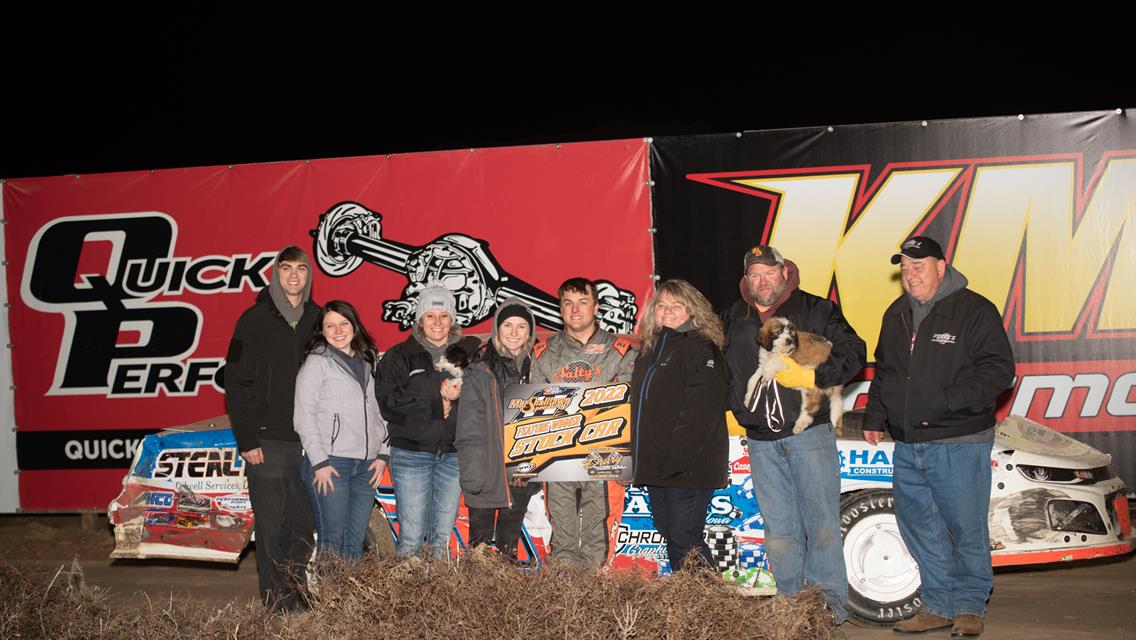 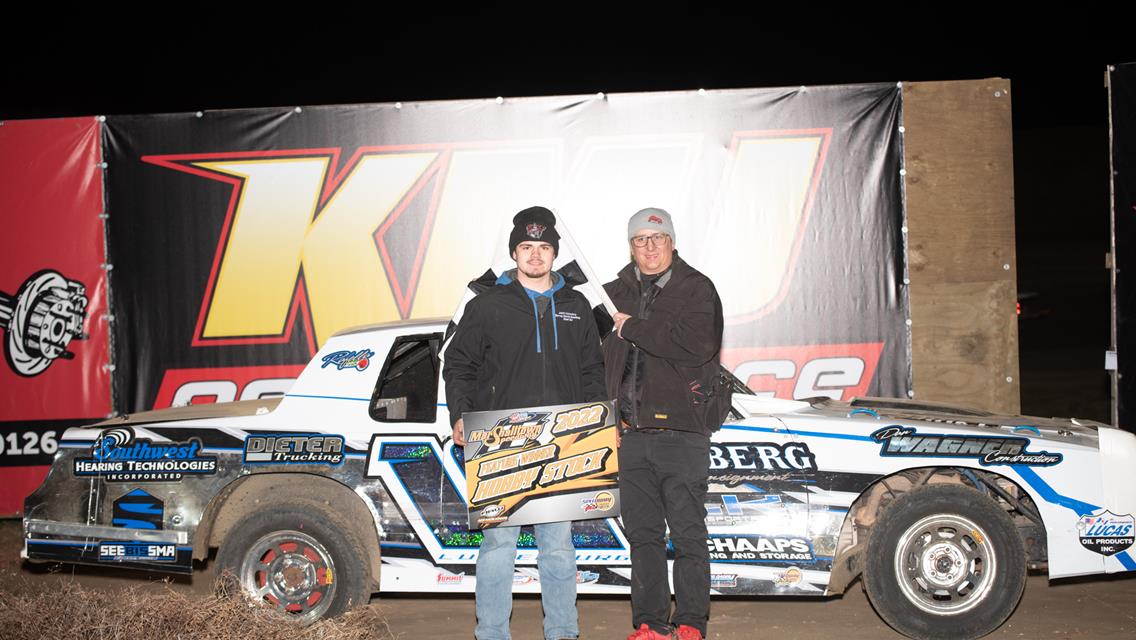 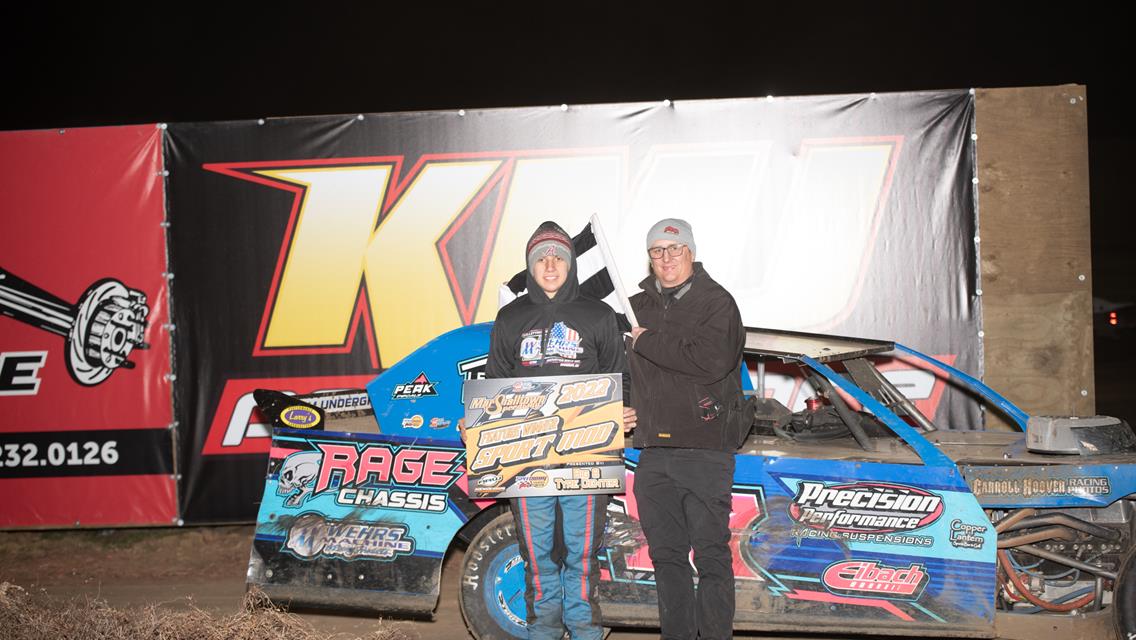 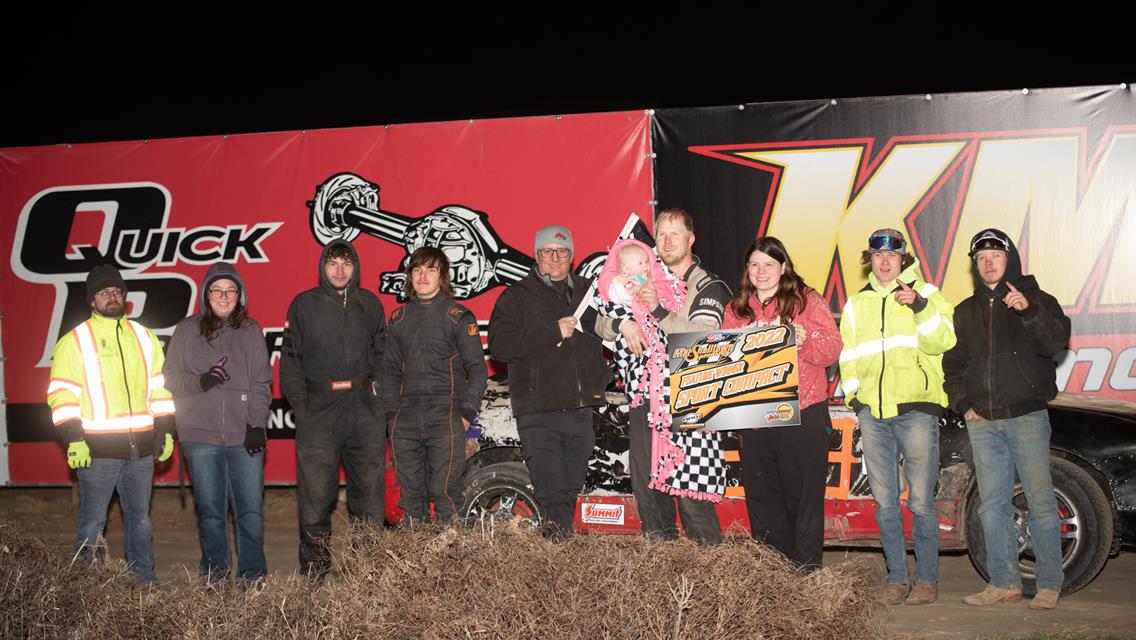 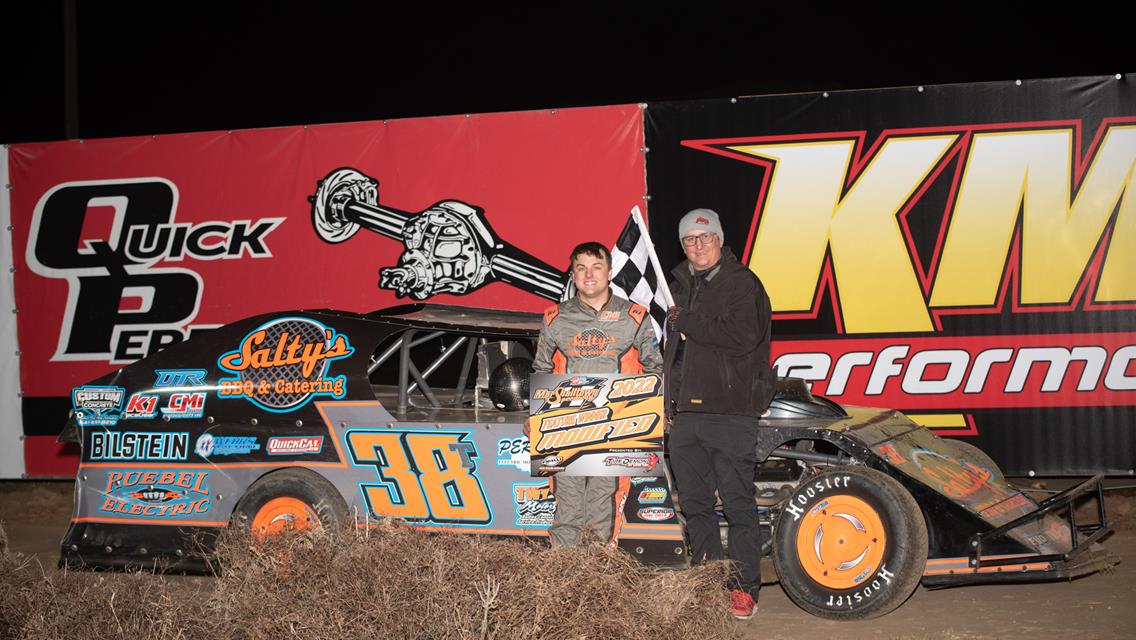